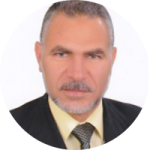 Bio: Prof. Negm  a professor of Hydraulics and (Water Resources) in Water and Water structures Engineering Department at Faculty of Engineering of Zagazig University. He worked as a demonstrator in Faculty of Engineering, Zagazig University in 1986 and continued till he occupied the position of vice dean for Academic and Student Affair. He worked for Egypt-Japan University of Science and Technology (E-JUST) as a professor of Water Resources since Dec. 2012 until Sept. 2016 and chairperson of Environmental Engineering Dept. at E-JUST since March 2013 until March 2016.

He published more than 350 scientific papers  in national and international Journals and conferences, 18 edited books and about 50 book chapters. He participated in more than 85 conferences and was a keynote speaker in several national and international conference. He has awarded the prizes of best papers three times. His research areas include hydraulic, hydrology and water resources. Currently, he is very interested in sustainability studies, sustainable development and green environment in addition to water resources management.

Prof. Negm is a member of IAHR and  the head of Egyptian permanent sceintific committee for Water Resources (115) for the promotion of associate and professorship positions for the cycle 2019-2022 and was the vice head for the cycle 2016-2019. He is a member of the editorial board of several scientific journals including  IJESD, EJRS, AJES, JEST, JHGGM, ENRRJ, ,,,etc and a member of the sceitnific committee of several Int. Conferences, associate editor-in-chief for IWTJ and was a member of the organizing committee of Oceanography 2015, and IWTC2013-IWTC2017. Additionally, he is the secretary general of the IWTC (www.IWTC.info) from 2013 until the year 2017. He was the head of the ZU committee for assessment of the scientific publications of ZU faculties until Dec. 2018.  Currently, he is organizing several contributed volumes to be published by Springer International Publishing during 2019/2020 after the successful publication of 12 contributed volumes  by Springer Nature during the years from 2016-2019, in the Handbook of Environmental Chemistry (HEC) series. Recently, Six contributed volumes were published under Springer Water series (2020). He is the editor-in-Chief of EIJEST (Faculty of Engineering, Zagazig University), associate editor of IWTJ (IWTA) and EMJEI (Springer) and Guest editor of AJGS – Springer. He is the principal investigator of several international projects. Recently, he is a member of the editorial board of HEC series, Springer Nature.

He is listed in (a) Marquis Who is Who? for more than 10 years until now, (b) IBC’s 2000 Outstanding Intellectuals of the 21st Century, and (c) ABI directory for his achievement in the field of Hydraulics and Water Resources. He was nominated for many other awards from both IBC and ABI. . 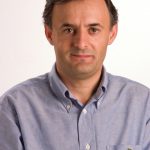 Jorge Pais is author or co-author of more than 200 papers in international and national journals and conferences, some of them cited by the ISI. He has been invited to review manuscripts from some international journals in road pavements area. He has been involved in several national research projects and participated in the organization of scientific events, mainly in the scientific committee of 43 conferences.

Jorge Pais has an h-factor of 12 from 48 documents with 495 citations as stated by Scopus . 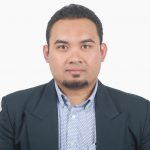 Bio:  Dr. Mohd Rosli Mohd Hasan is currently an academic staff in Highway and Transportation Engineering at the School of Civil Engineering, Universiti Sains Malaysia (Engineering Campus). He obtained his undergraduate degree in Civil Engineering from Universiti Teknologi MARA (Malaysia), and an MSc in Asphalt Technology from Universiti Sains Malaysia. He received a Doctoral degree in Civil Engineering (Transportation Materials) from Michigan Technological University. He was a postdoctoral fellow and visiting professor at the School of Highway, Changán University, Xi’an, China (2018-2019). He was also a visiting scientist at Taiyu Kensetsu Co. Ltd. for three months from July to September 2019 under the Matsumae International Foundation (MIF) Fellowship. Dr. Mohd Hasan has published at least 80 papers in several local and international journals, and conference proceedings. His research focuses on sustainable transportation materials and asphalt technology. He is PI and Co-PI for several research projects that have been funded by the Malaysian Ministry of Higher Education, Universiti Sains Malaysia, and National Natural Science Foundation of China. He has been involved in several professional organizations, including Road Engineering Association Malaysia (REAM), Road Engineering Association of Asia and Australasia (REAAA), Malaysia Pavement Society (MYPAVES), Transportation Science Society of Malaysia (TSSM), and Malaysian Research & Innovation Society (MyRIS). He has also served as a reviewer for numerous journals and conference proceedings. 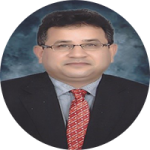 Bio:   Prof. Ahmed Tawfik  has a significant contribution for creating a novel and low cost technologies for the treatment of industrial, domestic and drainage wastewater. His approach for wastewater treatment are presented in his published papers at one hand directed to the development of new techniques, or combination of technologies, in order to accomplish better effluent qualities, less energy use, production of renewable energy and possible recovery of valuable compounds like phosphates and nitrogen. According to his scientific achievements; he has been selected as a member in high council at academy of scientific research and technology (ASRT), Egypt. He supervised several Ph-D and MSc students in the field of environmental engineering. His Ph-D student has got last year the best Ph-D thesis in environmental engineering from supreme council universities. He has been invited and participated in several international and national conferences (66). Prof. Tawfik has received eight AWARDS (encouragement prize in Environmental science in 2006 from NRC, State award in Environmental science (2007 and 2013), Encouragement State AWARD in technological advanced science which service the basic science (2010), Miser El-Khier AWARD in 2012 and 2013, Abdel-Hameed Shouman AWARD in 2015 and Excellence state AWARD in technological advanced science which service the Engineering science (2017). Prof. Tawfik has published 120 papers in peer reviewed international journals (SCI journals, H-index Scopus 26; Google Scholar 32). Prof. Ahmed Tawfik is the PI for several international and national research projects.

According to his scientific achievements; He reviewed more than 700 papers and research proposal for more than 75 international journals and funding foundation. He supervised several Ph-D and MSc students in the field of earthquake and structural engineering. He has been invited as external examiner for several internal and domestic MSc and PhD degree and participated in several international and national conferences. Prof. AbdelRaheem has received eleven AWARDS (Award of Excellence of First-Class Medal from the Presidency of the Egyptian Republic 2018. Encouragement State award in Engineering science (2008 and 2014), Publons Peer Review Awards 2018 & 2019, Prof. Ahmed Moharram prize award in structural engineering and its practical applications 2009, Assiut Uni. encouragement prize in Engineering Science 2009. Prof. Abdel Raheem has published 60 papers in peer reviewed international journals (SCI journals, H-index Scopus 10; Google Scholar 12). Prof. Shehata E Abdel Raheem is the PI for several international and national research projects.